J.T Blankinship, Inc. has been in continuous operation since it was opened in 1946 by John Thomas Blankinship. The firm became a partnership under the name of J. T. Blankinship & Associates in 1981. The partnership was dissolved at the end of 2008 and became a new corporation under the name of J. T. Blankinship, Inc. It is owned and operated by Ted R. Beggs, President, Harold E. Sheffer, Vice President, and Amanda S. Tinsley, Treasurer/Secretary.

Currently the firm has 13 employees, and the majority of the employees have 15 or more years of experience in the engineering and surveying fields. Clients include Federal, State and local governments, municipalities, institutions such as schools, prisons, public agencies such as water districts, developers, and the general public. A partial list of clients includes: Cairo Regional Airport, City of Anna, City of Cairo, City of Chester, Village of Cobden, Village of Desoto, City of DuQuoin, Village of Gorham, City of Jonesboro, City of Mound City, City of Murphysboro, Kinkaid Reeds Creek Conservancy District, Murdale Water District.

The firm provides civil and consulting engineering services including design of wastewater treatment plants and collection systems, water treatment plants, distribution, water storage, storm water, drainage and hydraulics. Design services are provided for street, road and bridge projects, industrial parks, shopping malls including the University Mall , K-Mart Complex and University Plaza in Carbondale, IL. Office parks (including the Airport Business Center located at the intersection of Routes 13 and 148 in Williamson County), and recreational projects such as swimming pools, boat launch site, sport tracks and ballfields. The firm has also been instrumental in the development of the Southern Illinois Airport, Cairo Regional Airport and the Sparta Airport.

The firm provides boundary, planimetric, topographic surveying services along with construction layout and construction observation services. The firm also provides subdivision development services and site plan services for business and institutions. Some of the more visible projects are Chip Banks Chevrolet dealership located in DuQuoin, Illinois and the River Residential assisted living complex, General John A. Logan elementary school and medical offices all in one area on Rt. 13 east of Murphysboro, Illinois.

J.T. Blankinship, Inc. is IDOT prequalified in the following 7 areas:

We look forward to the opportunity to help you with all your engineering and surveying needs. If you have any additional questions or concerns, please give us a call. 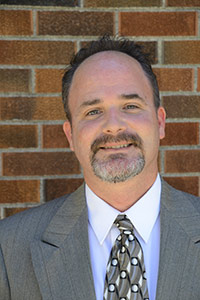 Ted Beggs, President
Ted received a BSCE in 1995 from Southern Illinois University, Carbondale.  Ted has been with J. T. Blankinship since September 1995, has been a licensed professional engineer since February 2000 and became an Owner in 2009.   Ted has been involved in all phases of civil engineering projects.  Ted has specialized in the design and construction of potable water storage, distribution and treatment systems and sanitary sewer collection and treatment systems.  Ted also performs hydraulic analysis for drainage studies. 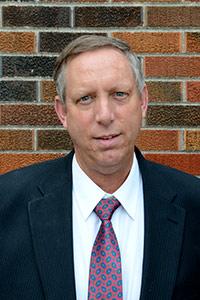 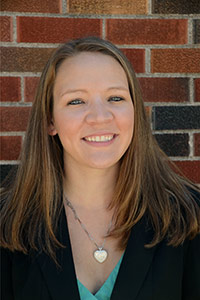 Amanda S. Tinsley, Secretary/Treasurer
Amanda received a BSCE in May 2008 from Southern Illinois University, Carbondale.  Amanda has been with J.T. Blankinship since April 2010 and has been a licensed professional engineer since August 2011 and became an Owner in 2018.  She is licensed in both Illinois and Missouri.  Amanda has been involved in civil engineering infrastructure design and construction including street and road projects, water and sewer treatment facilities, water distribution, water storage, and sewer collection.  She has also been involved in funding of these projects from Rural Development and IEPA grants/loans to DCEO grants. Amanda is a NACE level 2 licensed coating inspector. As such, she performs critical phase inspections during construction and inspections to determine if a tank needs painted or if repairs need to be made.

Malcom Sands, Professional Land Surveyor
Malcom has been with J. T. Blankinship since June, 1974.  Malcom obtained his Illinois Professional Land Surveyor License in 1986.   Malcom is experienced in boundary surveys, ALTA surveys survey computations, monumentation, legal descriptions and deed analysis, plats of survey, subdivision development, site plans, route and stream surveys, construction layout and related work.  Malcom also has experience in court as a professional witness, providing expert testimony with his own surveys and in the review and analysis of surveys prepared by others. 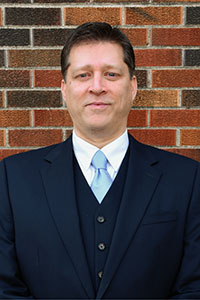 Mark Sutton, Civil Engineer Designer
Mark received a BSCE in May 2016 from Southern Illinois University, Carbondale. Mark has been with J.T. Blankinship since graduation and received his FE license in December 2018. He has been involved in civil engineering infrastructure design and construction. He has acted as an inspector on several of our water main projects and has helped to assist the design of similar projects. Mark has also been involved in funding of these projects from Rural Development and IEPA grants/loans to DCEO grants.